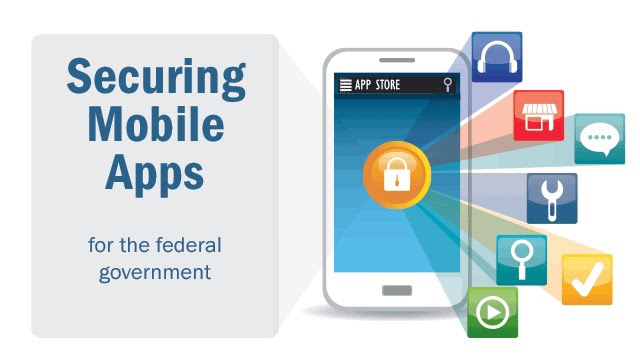 “Ensuring that our mobile applications are secure across the federal government is a priority for S&T,” said DHS Under Secretary for Science and Technology Dr. Reginald Brothers. “This project will help to enable the secure use of mobile apps across the Department’s many missions.”

The MAS R&D project aims to establish continuous automated assurance of mobile apps for the federal government. By combining mobile app archiving and app vetting technologies as well as incorporating government and industry security standards, the project will capture app changes made over the app’s lifespan and will test against known vulnerabilities and emerging threats. The results captured will be put into a report that is continuously maintained and will follow the Federal Chief Information Officer Council’s Mobile Technology Tiger Team initiative for app reciprocity reporting that would be shareable to other federal departments and agencies.

The ARRL has filed a formal complaint with the FCC, alleging that The Home Depot retail chain has been marketing certain RF-ballast lighting devices in violation of FCC Part 18 rules. Accompanying the League’s July 14 letter to FCC Enforcement Bureau Spectrum Enforcement Division Chief Bruce Jacobs and Office of Engineering and Technology Laboratory Division Chief Rashmi Doshi was a 20-page report prepared by the ARRL Laboratory’s Mike Gruber, W1MG. His report outlines four instances in which ARRL investigated The ome Depot’s marketing and sale to consumers of non-consumer-rated RF lighting devices.

In three cases, The Home Depot sold non-consumer devices having far greater emission limits and intended for commercial use to consumers who specifically expressed plans to use the devices in residential settings. Although notices accompanying the store’s display and included with some devices purchased indicated that they were for commercial use, the information did not specify that the devices could not be used for residential purposes. In the case of products that did include such a notice, the information was not visible without opening the packaging.

In its letter, the League noted that it has received numerous complaints from the Amateur Radio community of “significant noise” in the bands between 1.8 and 30 MHz from so-called “grow light” ballasts and other RF lighting devices regulated under FCC Part 18 rules. Gruber said emissions from grow light ballasts have been measured in the ARRL Lab to be way above both non-consumer and consumer Part 18 emissions limits. END_OF_DOCUMENT_TOKEN_TO_BE_REPLACED

If you think that computer intrusions are the main thing we need to worry about when it comes to cybersecurity, think again. There’s growing concern about the implications of our increasingly wireless world and how readily it can be disrupted. When it comes to our reliance on the electromagnetic spectrum for communication, I’m reminded of the lyrics from “The air that I breathe” by the Hollies: “Sometimes, all I need is the air that I breathe and to love you.”

Today, the air that we breathe also serves as a primary conduit for transmitting voice communications, establishing network connectivity, and enabling remote control over physical objects that run the gamut from military drones over Afghanistan to local traffic light signals.

But the downside to this high tech phenomenon lies in the potential for individuals, terrorist groups, or nations to intentionally deny, degrade, or alter our wireless signals. While it’s taken as a given that our traditional international sparring partners such as Russia have advanced electronic warfare jamming capabilities, individuals can also cause harm by using handheld equipment costing less than $500.

It’s true that “jammers,” the name given to those devices that are designed to deny or degrade wireless signals, are illegal to market, sell, or use in the US. Yet, despite a string of enforcement actions, there remains no shortage of websites offering this equipment for sale, including this one hiding in plain sight at jammer-store.com.  Read complete article here:

Drones in the news for two different reasons, first is that Fire Fighters in California are now permitted to use them if on duty and secondly because in several recent wild land fires drones flown by unknown people have grounded the air tankers and helos. The State of California is going to permit them to be taken down by jamming them or perhaps shooting them out of the sky.

Also not in this week’s news but of concern are the rising number of fiber cuts which are being made deliberately for some unknown reason. These cuts can cripple 9-1-1, Internet, Cable TV and yes cellular traffic in a given area. Northern Arizona was cut off for 18 hours and in Northern California there have been 11 cuts in the past month or so. Just another reason why I am not 100% sold on LTE being considered to replace LMR for voice. LMR has fall back modes and so far LTE’s fall-back modes are only on paper.

FirstNet will be receiving comments on the Draft RFP for partners to build the network on Monday the 27th. I expect a lot of comments to be filed and then it will take a long time for FirstNet to review the comments and implement some of them in the RFP or not. This RFP, scheduled for release at the end of December is the document which could seal the fate of FirstNet. A lot of good responses and FirstNet will become a reality, but lack of responses and interest could spell problems. I hope FirstNet will take many of the comments to heart and make the needed changes to attract more companies to respond to the RFP. Have a great week-end Andy

FirstNet developing base stations for police cars, but deployment still several years away – FierceWireless via Google Alerts Jul 23 20:45 Oremland said FirstNet is working with the Public Safety Communications Research lab to develop and test the base station technology, as well as … END_OF_DOCUMENT_TOKEN_TO_BE_REPLACED

IMPORTANT NOTE TO READERS:  Please note that this may be the last First Responder News Summary pending the proposed sale of RCC Consultants.  If there is interest in continuing to receive this information, I will explore options for continuation.  Comments/suggestions relative to continuation should be sent to charles.bryson@verizon.net.  Regardless of outcome, it has been a privilege to provide important public safety and related communications information to those who serve America’s first responders.  Thanks to all of you for your untiring service to your communities and the nation.  God bless each and every one of you.

As a continuing reminder to all 700 MHz Regional Planning Committees, FCC 14-172 requires the revision of RPC 700 MHz channel plans with submissions to the Commission’s Public Safety and Homeland Security Bureau by October 30, 2015.  The change in date is due to the Commission’s action in DA 15-476.

When I work with our PSAP partners in developing roadmaps for future development one of the first questions that comes up is “Will FirstNet make all of our technology obsolete?”  NPSTC has developed an overview document that does an excellent job of outlining the similarities and differences between today’s environment and a future vision of PSAPs connected to FirstNet.

Explore the document flowchart, discover features and processes along with how NG9-1-1 and FirstNet will interconnect in a secure and interoperable environment here: http://npstc.org/miniurl/June2015FirstNetNG911FinalReport.

A great article by NFPA that speaks to the future of robotics and unmanned systems, which includes an overview of “who” is doing “what” in this space.

IT’S 8:45 IN THE MORNING and I’m sitting in the Georgia World Congress Center in Atlanta, listening to Wild Cherry’s “Play That Funky Music” bump through the sound system of a dark, cavernous convention hall.

Surrounding me, accented by neon lights, are a few thousand robotics engineers. We sip coffee, check our smartphones, and await the official kick-off to Unmanned Systems 2015, one of the world’s largest conferences and exhibitions for drones and unmanned robots. The music suddenly becomes dramatic and much louder, and huge video screens on either side of the stage depict animated drones and robots of all types swimming, rolling, and flying. Colin Guinn, an executive with the company 3D Robotics and host of the event’s general session, bounds onto the stage with the energy of a cannonball.

“Welcome to Unmanned Systems 2015—let’s get excited!” Guinn exclaims, raising his arms and clapping his hands. “There are over 7,000 of you here from 55 countries, more than 200 education sessions, and 350,000 square feet of exhibit space—that’s four football fields of drones and other fun stuff!”

An hour later, with the crowd sufficiently pumped up, we stream into the vast exhibit hall and encounter a world that could have come from the imagination of Willie Wonka’s tech-savvy younger brother. Drones, sensors, robots, and gizmos of all sorts are suspended overhead, rolling across the floor, swimming in tanks, and flying in netted enclosures. Every inch of the convention hall’s four football fields of space buzzes with industry elites, eager startups, deep-pocketed investors, and curious onlookers like me, all preparing for a future when these robots will be as familiar to us as the phones we now carry in our pockets. The conference has a strong “we-can-change-the-world” flavor, and exhibit booths are rampant with pithy slogans like “Lock In the Unmanned Advantage” and, my favorite, “Making Tomorrow Today.”